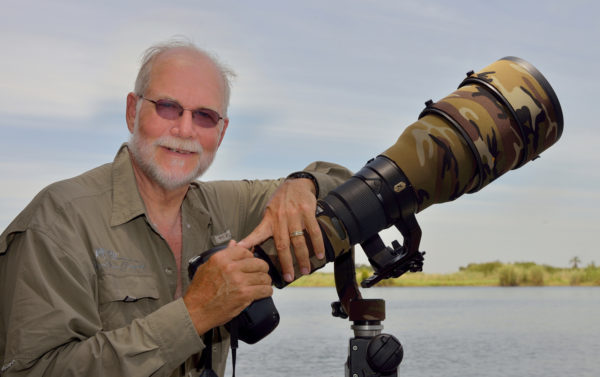 Lou started Photography 39 years ago as a high school pupil of then Helpmekaar Boys High School in Johannesburg.

These early years in a Black and White darkroom as well as his involvement in sport and sport photography from an early age have been a major influence in his wildlife photography to this day.

Before becoming a full-time sport photographer Lou was involved with The Photographic Society of South Africa for many years. “I will always be indebted to the PSSA for the solid photographic foundation I received.” says Lou.

Lou’s passionate involvement with the PSSA left him with three Fellowships in Slides, Colour Prints and Visual Art as well as an Associateship in Audio Visual Presentations. As a member of PSSA Lou won numerous National and International awards in Slides, Colour and Black and White Prints, in various fields such as Wildlife, Sport, Landscape and Portraiture…

By the time Lou ended his Sport Photography career, South Africa was still not out of isolation. “If Madiba and F.W. De Klerk got together one year earlier I would probably today still be a professional sport photographer!” In a South Africa ruled by “Apartheid” making a living out of sport photography was not viable so by sheer accident Lou moved to canvas portrait photography in the early 90′s. “I am very proud of our studio portraits that hang in houses all over the world, from Africa to Russia, Europe, South America and the USA.”

More than anything his years as a Sport Photographer, which were followed by a commitment to Portrait photography, shaped Lou’s current approach to the Wildlife genre. He is in a constant search for exquisitely-lit, dynamic action images shot against clean backgrounds. “I will be honest, only when the action is not happening will I start looking for the graphic image.” Lou was rewarded in 2007 and 2008 with a first runner up award in animal behaviour and animal general, as well as 2 top 10 certificates in both categories of the Getaway & Fuji Film Photographic Awards.

In 2010 and 2011 Lou was honoured by Nature’s Best America for his outstanding work and 2 images were selected, one of which was chosen to feature in the annual 12-page calendar while the same image was selected to be exhibited in the Smithsonian Natural History Museum. Lou was also the chief photographic moderator for The African Photographic Awards 2010.

In 2012 Lou received two highly regarded awards for two images in the African category by Nature’s Best America and was awarded overall winner in the “Birds as Art” International Photographic Competition for an image of a baby Jacana.

Once again in 2013 Lou received an esteemed top-10 award in the Africa category in the Nature’s Best America Photographic Awards. This was followed by an award in the “Mammal Wildlife Behaviour” category of the BBC Natural History Museum International Competition.

Just some of the amazing photographs captured by Lou