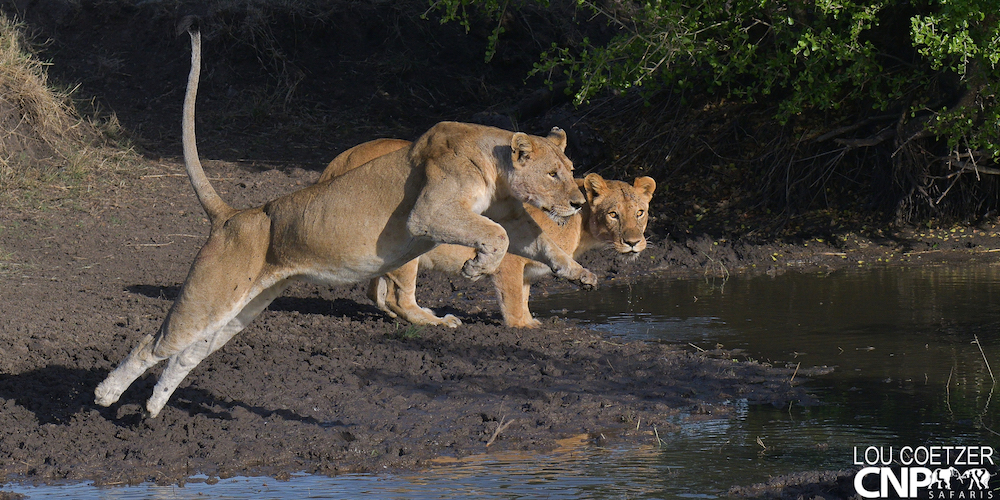 What started as ” A Photographers Hunch ” in 2015 has now grown into a dedicated wildlife safari travel product run by CNP Safaris and our East African partners &Beyond. After spending months on back to back safaris photographing high season migration crossings when based at Kichwa Tembo in the Mara Triangle a nagging idea got hold of me. “What do the lions do to sustain themselves when the migration of White-bearded wildebeest, Burchell zebra and Thomson Gazelle move South to the Nogorogoro Conservation area where most of the calving and lambing will take place”? During the migration lions ,and for that matter other predators like Spotted hyena and cheetahs just have it too easy. It is like take away meals on hooves with a lot of hunting by lion and Spotted hyena taking place in daylight.

My hunch was that lions operating in territorial prides will have to work much harder to survive and that will result in superb photographic opportunities. Another major advantage photographing outside the so called high season across the entire migration route is that the multitude of tourist also migrate.

One has hit the proverbial photographic jackpot when contrary to recent migratory route history the migration arrives and there are no tourists around! That is exactly what happened to us midway through our five nights at Grumeti Tented Camp.

Great wildlife photography is about allowing nature to tell its own stories . Our stay at &Beyond Grumeti Under Canvas gave me a lot of stories to tell. I hope you will enjoy them as much as I enjoyed taking them.

07H55 A senior pride lioness – darker and less white under the belly- goes down to the water to drink followed by her cubs and another younger pride female. Another lioness has already made her way to the other side of the water and the lioness on the left is clearly communicating with her. 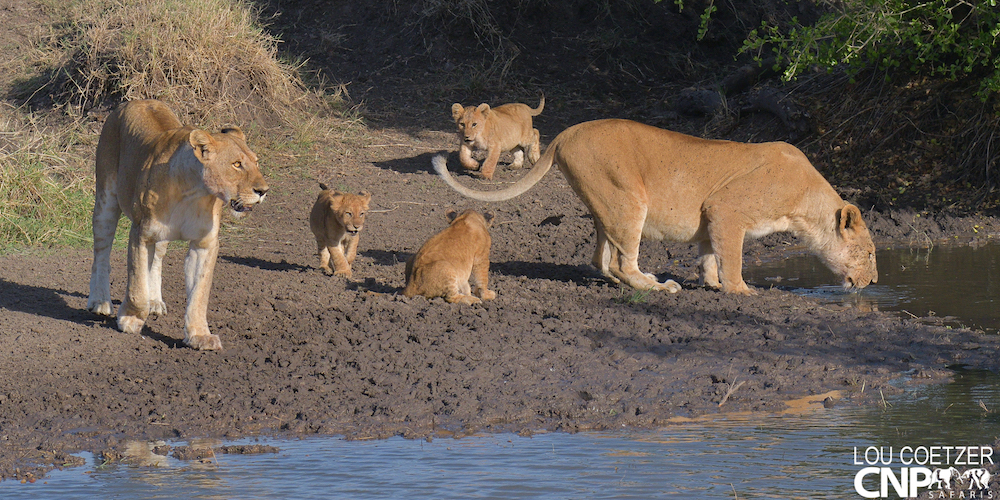 The younger lioness decides to join the one on the other side. The pool of water she wants to cross is actually not that wide but she opportunistically launches herself from too far back. 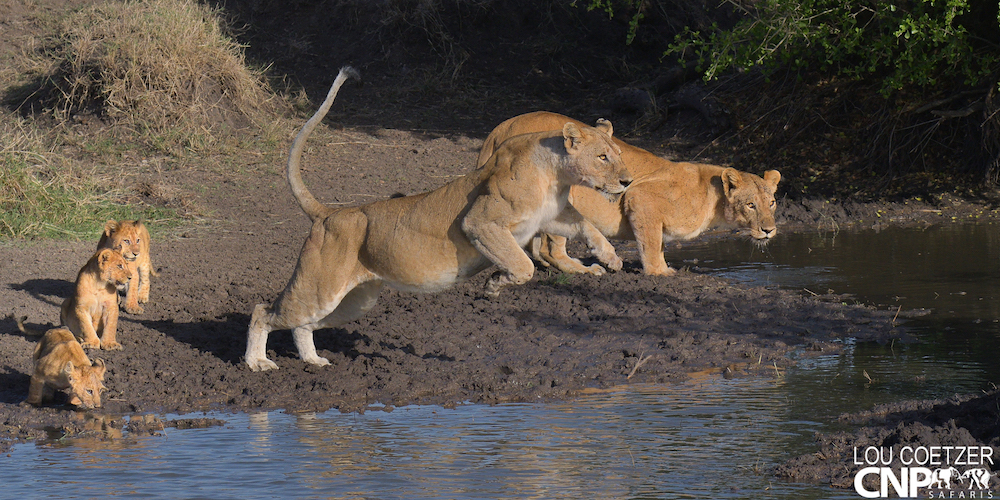 Puzzled by the younger females clumsy effort the senior pride lioness looks at the younger lioness.

Although the younger lioness lands short the lioness at the back is now looking at where the noise is coming from. Four photographers are now burning their camera’s motor drives to the maximum and loving every split second of it! 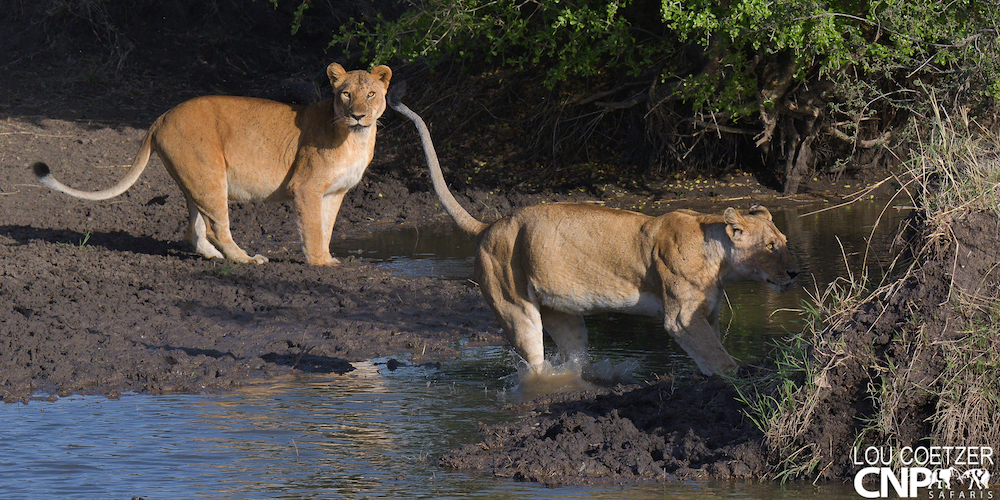 08H02 While another pride lioness joins the party the cubs turn their attention to the prime source of their daily delight- their mothers milk. They pressurize their mother relentlessly. 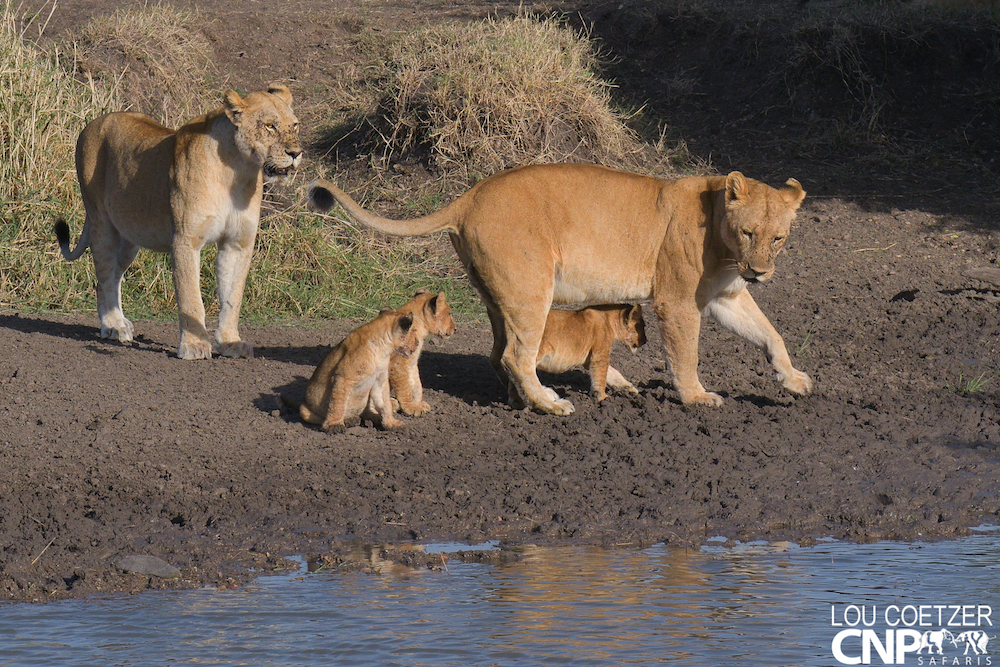 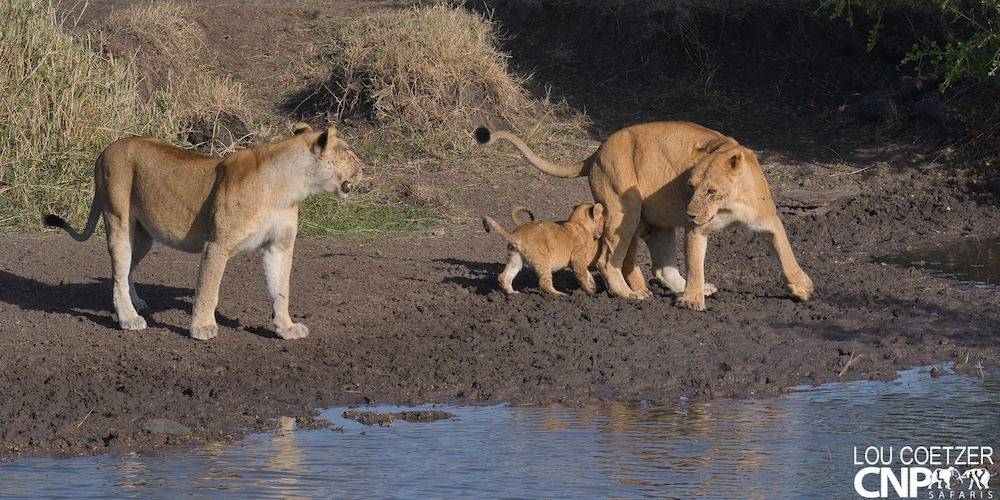 Both the lionesses  really wanted to just jump over the pool to join the other pride lionesses on the bank but the cubs relentless pursuit reminds their mother of their vulnerability and she abandons the short cut and takes them on a much longer route to join the others. What a special mom! 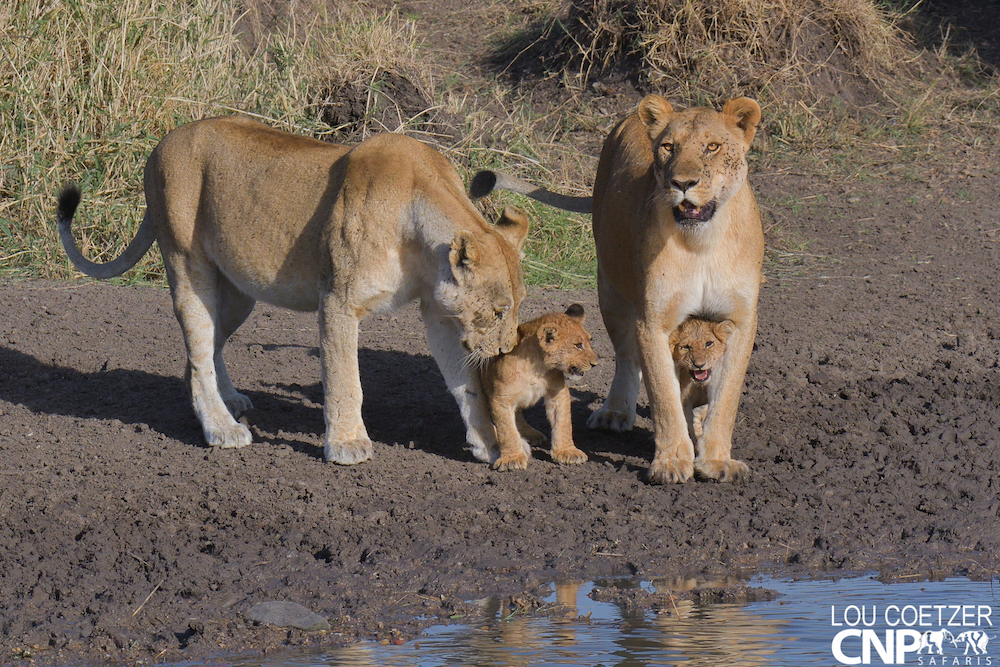